With another lockdown looming over us, netizens are looking for some trends, challenges, recipes, and suggestions that will save us if disaster strikes. do not worry; we have created a survival kit for all of you. It includes masks, sanitizer, popcorn, and 20 incredible binge-worthy movies to stream on Peacock in April 2021.

1: ETERNAL SUNSHINE OF THE SPOTLESS MIND (2004) – Best Movies on Peacock

Directed by Michel Gondry, this film follows the life of Joel ( Jim Carrey ), a shy guy with a fiery girlfriend, Clementine ( Kate Winslet ). After their breakup, Clementine has her memories of Joel removed through a procedure. Not satisfied with this, Joel also goes through the same process and erases his memories. Considered Jim Carrey’s best performance, this film shows the best and worst sides of love

This documentary, directed by Sonia Lowman, shows the harsh realities of what it really means to be a black man in America. It explores the identity of a black man through sports, education, and criminal justice. Lowman had two ideas she wanted to project through her film; one, how society views a black man and second, which presents the story of millions of black men and women who have faced racism and dehumanization throughout the generations. The Black Boys does a fantastic job of conveying issues that urgently need to be fixed 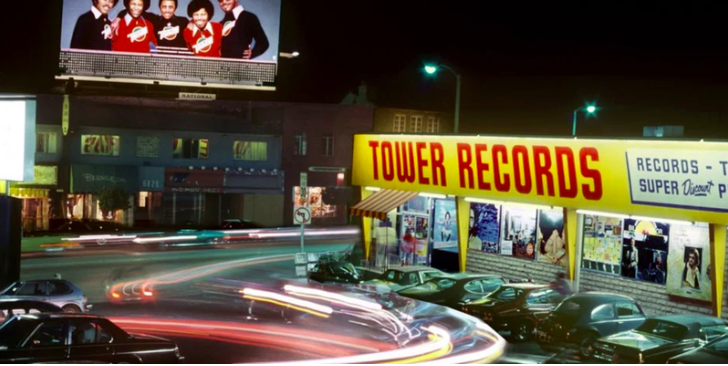 Are you in desperate need of a laugh?  Paul Feig directed this movie you might be looking for this.

This is chaotic to meet your friend. Meeting your best friend’s other friends is always chaotic. A similar situation was faced by Annie when she serves as Maid of Honor for her lifelong best friend. A series of unfortunate but hilarious events unfold at Lillian’s bachelorette party. Watch this movie for some comedy and sentimental scenes between best friends 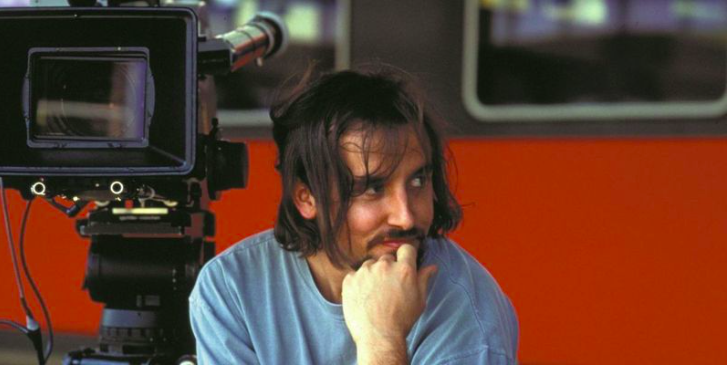 Names like Steven Spielberg and Leonardo DiCaprio are more than enough to entice you to watch anything. With the most talented artists and a visionary director, this film also offers a story that keeps you glued to your seat. The following is the original story of Frank Abagnale, a con artist who stole millions of dollars before he turned 19! With an impeccable cast, catch me if you can brilliantly tell the story of one of the most successful cons in world history

A fading actor, Bob Harris (Bill Murray) and Charlotte ( Scarlett Johansson ), a college graduate who is abandoned by her husband, are two strangers who meet in Tokyo. Their paths cross in the most unexpected circumstances, Bob is going through a midlife crisis and Charlotte’s marriage is on the edge. The director, Sophia Coppola, balances humor and humor to create an expansive display of two strangers’ raw emotions. 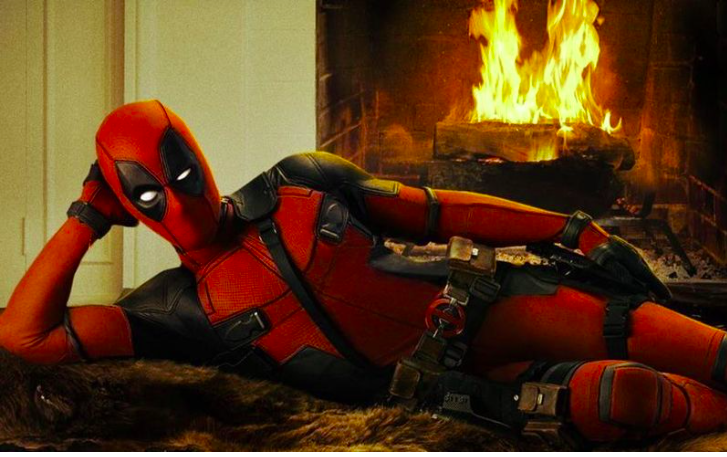 Inspired by the life of Nobel Prize winner John F. Nash Jr., this film tells the story of Nash’s international recognition. It also gives us a glimpse into his struggles with mental illness. Such unfiltered feelings leave viewers introspective. 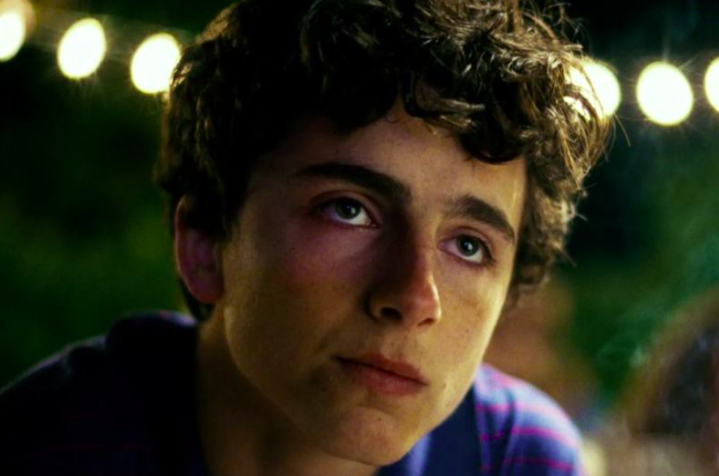 Set against the backdrop of the Jewish genocide, Schindler’s List is one of the most heartbreaking stories ever told on screen. It is the story of businessman Oskar Schindler, who strives to save his Jewish workers from murder. In this historical drama, Steven Spielberg represents the horrors of the holocaust with the utmost realism. Schindler’s List won seven Academy Awards and the undying love of its viewers. 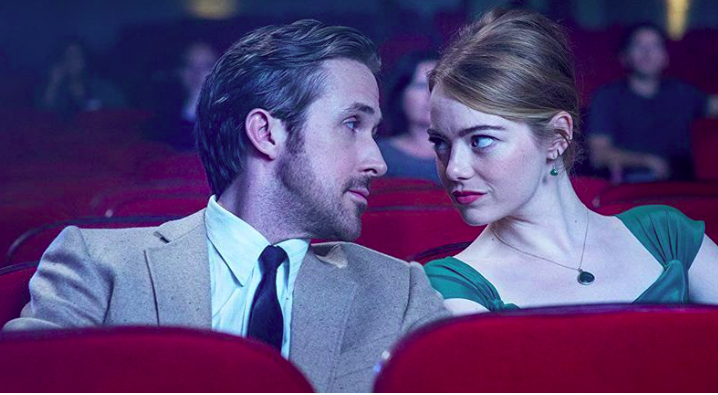 Okay, you have to agree with me on this one: penguins are the cutest thing ever!

Happy Foot is an extraordinary story of Mumble the penguin. Penguins have to sing to attract a mate, but you see, dear old Mumble can’t sing. But he is a fantastic tap dancer. Peacock also has Happy Feet Two. So grab a bag of popcorn, sit back and relax!

Narrated by the enigmatic Serena Williams, this NBC documentary is set against the political turmoil of the 1968 Mexico Olympics. It shows the convergence of sports, social issues, and politics that is still rampant. 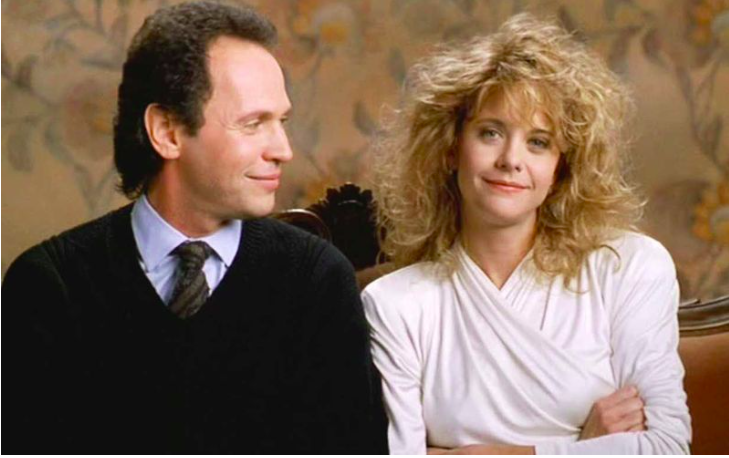 All you space enthusiasts, you must stream Apollo 13 on Peacock, RIGHT NOW! This film brings to the screen the real incidents of the Apollo 13 lunar mission. Directed by Ron Howard and a cast led by Tom Hanks, it is the perfect formula to create a great movie. 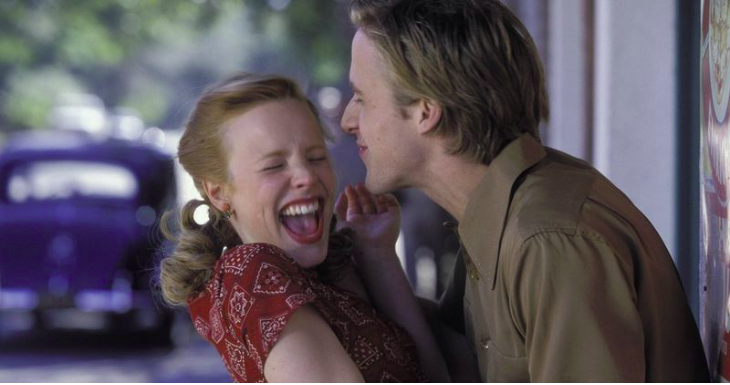 Ron Woodroof (played by the charming Matthew McConaughey ), a rodeo cowboy, is told he has AIDS and has only 30 days to live. Instead of mourning his fate, Ron begins smuggling drugs across the border and selling cures. McConaughey’s physical transformation and flashback to the era of AIDS and homophobic overtones are sad but riveting to watch.

Special thanks to Peacock for bringing this fantastic film back into our lives. No matter how many times you watch it, Keira Knightley’s beauty and Matthew McFadden’s charm as Mr. Darcy will not fail to enchant you! 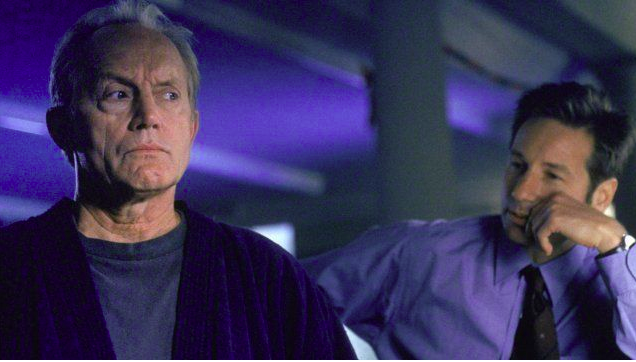 Mixing political thriller and dark comedy in a perfect ratio is no joke; that’s why we could only trust the Cone brothers to make this absolutely powerful mix of a movie. With an ensemble cast led by Brad Pitt, this film tells the story of two gym employees who take a chance on a disc containing the memoirs of a former CIA agent. 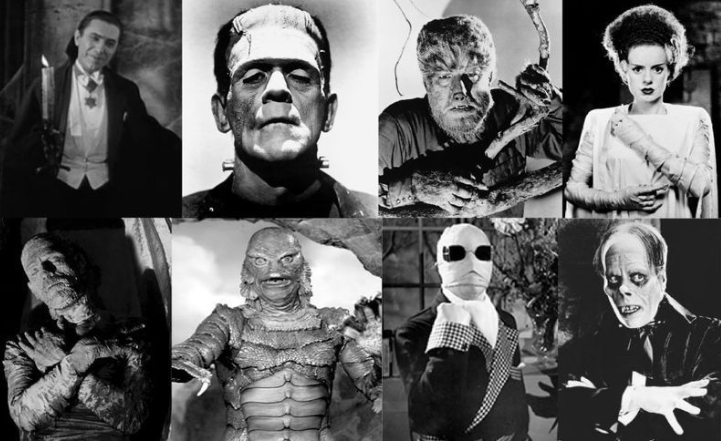 Tells three linear stories. The first follows Luke, a bank-robbing motorcycle stuntman, the second Avery, a policeman, and the third Luke and Avery’s teenage sons (15 years after the incident). 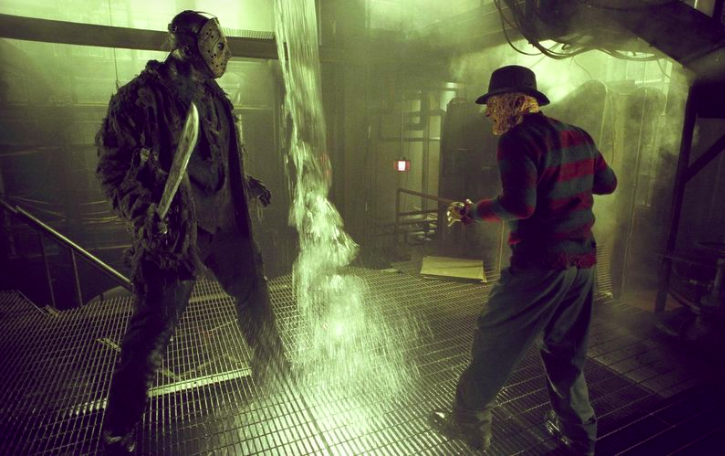 It is a classic teen comedy that captures the emotions of teenagers with utmost authenticity. An unusual friendship blossoms between 5 schoolmates during a Sunday detention. Follow this further Peacock for cultural and aesthetic significance. 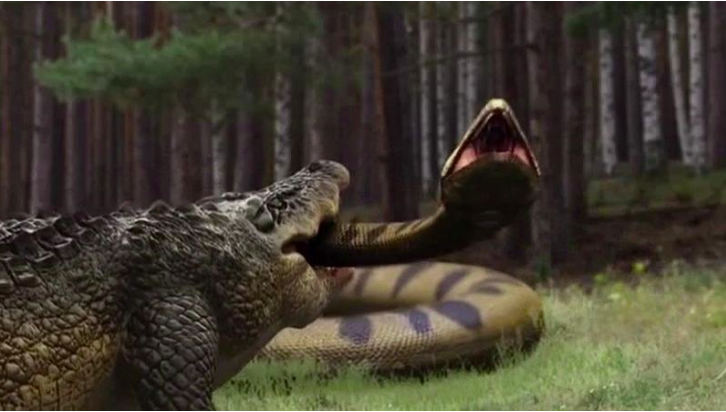 Andy ( Kate Hudson ) is a columnist who writes an article about how to lose a guy in 10 days. She finds a perfect subject, Ben (Matthew McCaughey), who, unbeknownst to her, is trying to prove that he can win ANY girl over in 10 days. Full of stereotypes, it’s suitable for viewing when you don’t want to indulge too much. 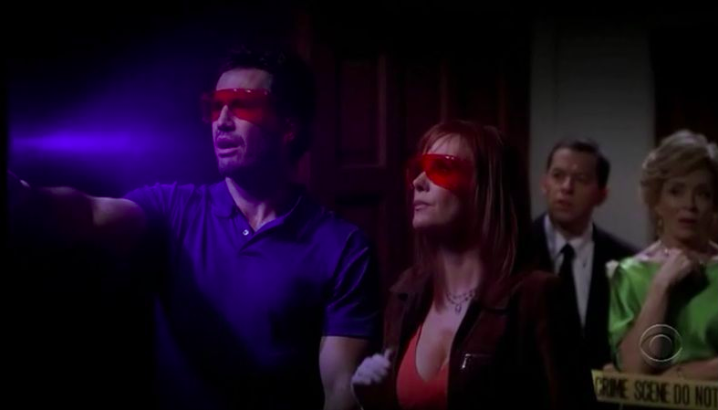 Another film directed by the Coen brothers has found its way to the Peacock. George Clooney stars as a divorce attorney who finally meets his match, Marilyn (Catherine Zeta). This meeting leads to many funny jokes and a series of hilarious events. 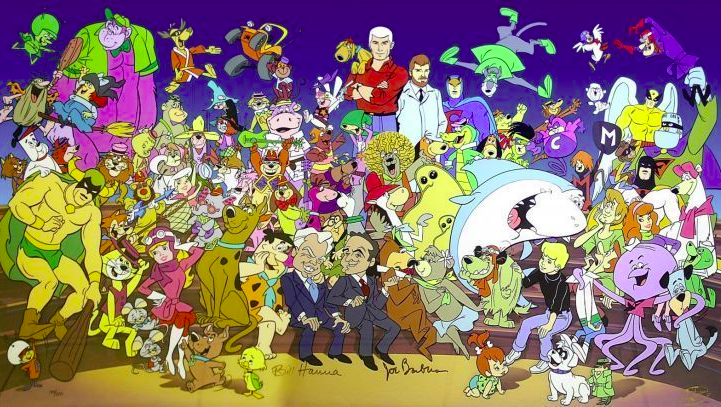 Jerry (Tom Cruise ), a sports agent, has a moral epiphany one day. But he gets fired for expressing it; dejected, he sets up his management firm to prove his philosophies.

This movie is perfect for kids who love dogs. Beethoven, a St. Bernard, who is given all the love from his family, runs into some mishaps before a happy ending. Peacock also offers the Beethoven 2nd seque 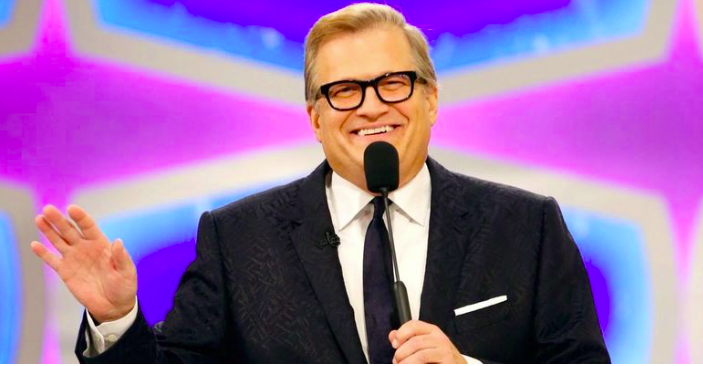 This cute story about how a villain turns into a loving father to three orphaned girls is a treat for kids and adults alike.

That’s all folks; we’ll be back with more recommendations soon enough!

The Easter Bunny’s son, voiced by Russell Brand, grows up and pursues a rock ‘n’ roll career in Hollywood in this comedic coming-of-age story. The family-friendly film from the creators of Despicable Me combines animation and acting to spin off the story of the Easter Bunny and his son E.B., who travel to Hollywood in search of stardom. Vibrant fun ensues as he befriends Fred (James Marsden) and the two team up to save Easter

Based on a 1947 radio series inspired by the Gospels, this Easter film depicts the life of Christ from his birth in a manger to his miraculous resurrection. The greatest story ever told is considered the film that best screens the life of our Savior Jesus Christ.

Hopefully, you have enjoyed the post so much.  I have tried my best to provide you the accurate and easy information about the Best Movies on Peacock. You really enjoyed it. If you have any questions related to this post you can ask freely.