Environmental Law was not defined as a term until the last third of the twentieth century, so environmental and environmental issues were influenced by industrial development, population density, and growth, rather than by their international or regional importance or importance. 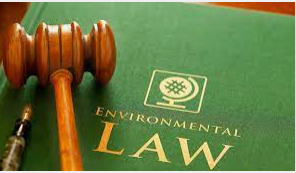 The origin of this law was the 1972 meeting of the first United Nations Conference on Environment and Development. A.D., followed by several conferences on environmental issues, including the Nairobi Conference (1982) and the 1992 World Summit in Rio de Janeiro. Many conferences were held, many agreements were signed at the international level and many laws were passed at the local level.

Environmental law, like other laws, has characteristics that distinguish it from others. It is a recent law, and it is a law of international origin, as it has a mixed nature in view of the traditional division into public law and private law, and the rules of this law are based on a scientific, artistic and distinguished character.

With a preventive character in all of its rules, as this law has a primary objective of protecting and preserving the environment, and each feature will be presented separately in detail.

Environmental law in its concept appeared in the late stages, as it began to appear in the form of legal principles that crystallize in the form of provisions in international treaties and agreements or through texts of local and national legislation in the second half of the twentieth century, and it is still in the process of its inception, growth and early stages.

A conference was held under the supervision of the United Nations in 1972. The conference included the adoption of the Stockholm Declaration, which included a set of general principles for environmental protection. 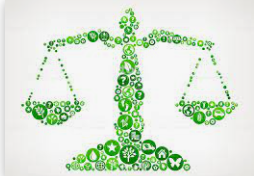 Environmental law means that it is of a mixed nature, meaning that it is difficult to classify it within the traditional division of public or private law. Environmental principle in parts of it is international law that includes legal principles and rules that have been enshrined in international environmental treaties, and in other parts of it has been stipulated in laws and legislation National is the regulation of some environmental provisions in national legislation, whether the legislation is a constitution, a law, a regulation, or even an instruction.

According to this specificity, its perception falls into one of the traditional divisions of law, whether public or private law, although the reality is that environmental law is closer to branches of public law than private law since the state participates as an authority and sovereignty in setting the rules of environmental law in the international field, as well as Its interference in criminalizing behaviors such as those harmful to the environment.

Giving Priority to Preventive Nature over the Principles of Environmental law:

Scientific and Technical Nature of Principles of Environmental Law:

The rules of environmental principles are legal in the exact idiomatic sense due to the availability of the characteristics of the legal base, but one of the advantages of environmental principle is the technical and technical nature of many of them, which makes the legislator seek the assistance of experts and specialists in this field, especially in the sciences related to it, such as physics, chemistry, medicine, earth sciences, biology and others of related disciplines.

The legislator’s experience in this field is limited, and it requires the assistance of experts to determine the exact scientific drawing of any environmental problem.

Environmental law is a Teleological Law:

It is intended that the environmental principle is a teleological law, that is, it aims to protect the environment and maintain a balance between its elements, and every other legal rule that aims or provides for this goal, even if it is mentioned in other laws, it is considered environmental legislation.

Giving Priority to Peremptory Nature over Rules of Environmental Law:

When looking at the texts and rules of environmental, we note that they come in the form of orders and prohibitions and arrange punishment and penalties for violating them, which describes them as jus cogens, where the overall rules of public law are characterized as peremptory rules, unlike the private law, which is characterized by the totality of its complementary rules, and the environmental rule is closer to The rules of common law from the rules of private law.

What Skills are Required?

This complex and rapidly changing legal landscape requires academic excellence and a genuine interest in the profession to meet legal requirements. Because the area is relatively new, case law may not exist, so attorneys should be comfortable and make their own decisions.

There is a lot of complex data to work with, so science or data analysis experience would be helpful. Bespoke consulting requires a good work ethic and business acumen to understand the client’s business.

To protect natural resources and the environment, you must be a consultant and advocate.

Strong communication skills are essential as you need to explain and demonstrate how relevant environmental issues affect land, people or animal populations.