The Female Reproductive System – the Creator of Life

Programmed to bring forth new life, the female reproductive system is one of the most complicated and fascinating parts of the human body. And not only because she manages to give birth, but also because the changes she goes through orchestrating many other processes in the body, which leave their mark on the woman as a whole.

Beyond the modesty we tend to adopt towards this subject, knowing this structure is an essential condition for our health and not only. 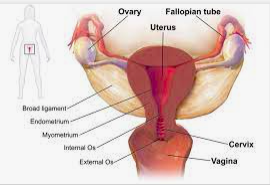 The formation of the female genital system takes place during intrauterine life when the girl’s sex is defined. At birth, the ovaries already contain all the eggs that the woman will have throughout her life. They remain inactive until puberty, approximately at 8-10 years when they begin to be stimulated by pituitary hormones. From this stage, some eggs will grow month by month, developing additional layers of cells that will form a capsule (follicles) around the egg and will start producing a hormone called estrogen. Under the influence of the increasing level of estrogen, the genital organs begin to develop and mature.

Over the course of two to three years, the breasts will grow, axillary and pubic hair will appear, and the changes will culminate with menarche, the first menstrual cycle. The arrival of the cycle is a moment that occurs between 12 and 16 years old, it depends on the genetic programming of each girl, but also on factors such as nutrition, the environment of development, and other ailments. The menstrual cycle marks the beginning of reproductive life, the period in which the body can carry a pregnancy and give birth to a child.

The stage will end around the age of 45-50 years, with the cessation of the functioning of the ovaries, with the reduction of the amount of estrogen and with the onset of menopause. But things are more complex than that, and to understand them, we will explain in detail the key components of the female reproductive system.

It is a muscular, elastic channel that connects the uterus (part of the internal genital organs) and the vulva (consisting of the pubic mountain, labia and clitoris; part of the external genital organs). It has a size of approximately 12 cm, it is lined with many nerve endings and a mucous membrane, it can dilate during sexual contact or childbirth. During the active period of the reproductive system, menstrual blood is eliminated through the vagina, and at birth, the child passes through this channel.

It connects the vagina to the fallopian tubes and is an organ in the shape of an upside-down pear, with a length of approx. 7 cm, if the woman is not pregnant. The uterus consists of two parts, the upper, wide part, called the body of the uterus, and the lower, narrow part, called the cervix or cervix. Normally, the uterus is positioned in front, above the urinary bladder, and communicates laterally with the fallopian tubes, and at the bottom, with the vagina. There are situations when it is oriented posteriorly, being called a retro verse uterus.

The uterus has a thin lining and is made up of solid muscles. Monthly, under the influence of hormones, the lining of the uterus thickens, forming the endometrial tissue and thus preparing the ground for the development of a pregnancy. After it is fertilized, the egg arrives here, implants, and develops to form the child. If pregnancy does not occur, the lining detaches and is removed during the menstrual cycle.

What is Menstrual Cycle

A cycle is a sequence of events that occur in a fixed, repeating order. Every month, two related reproductive cycles, the ovarian cycle, and the menstrual cycle are responsible for releasing the egg from the ovary and preparing the uterus to receive the egg, if fertilization has occurred. On average, the normal cycle lasts 28 days, but this is different from woman to woman, is considered normal if it varies between 21 and 35 days. Hormonal variations cause certain visible changes in a woman’s condition. As a rule, the vaginal secretion is more consistent and whitish after menstruation, transparent and slippery during ovulation, and in smaller quantities before menstruation. Before menstruation, some women’s breasts become painful, they swell, and there are changes in mood, headaches, and abdominal and back pain.

Menstrual secretion is more abundant in the first two-three days and consists of vaginal secretions, blood, and fragments of the endometrial tissue.

There are two glands the size of an almond, fixed at one end of the uterus and at the other end of the fallopian tube. At maturity, month after month, alternately, the ovaries form and release ovules (ovulation). The ovaries and two areas of the brain, the hypothalamus, and the pituitary gland, participate in this process. The hypothalamus sends a signal to the pituitary gland, causing it to produce a hormone called follicle-stimulating hormone, FSH. This hormone determines the production of a small group of immature eggs. The development of these eggs occurs in some “small bags”, located in the ovaries, called follicles.

As the follicles grow, they begin to release estrogen. The high level of estrogen signals the hypothalamus and the pituitary gland that the hairs have matured. During this time, the pituitary gland produces LH, the luteinizing hormone. Before ovulation, there is a sudden release of LH, which causes a follicle to go through the last stages of development and release an egg. The process occurs in the middle of the menstrual cycle and is called ovulation.

The ovaries also play the role of endocrine glands, being producers, in turn, of female hormones, estrogen, and progesterone.

It is a stage in every woman’s life that marks the end of her reproductive life. This happens because the ovaries no longer contain eggs and are no longer able to produce estrogen. The term menopause comes from the Greek and means menos = hemorrhage, pausa = end. According to the definitions, a woman is in menopause if 12 months have passed since her last period

Menstrual. Before closing this circle, the body will go through a transition process, which is manifested by the reduction of menstrual cycles, hot flashes, headaches, and changes in mood, called perimenopause.

Estrogen deficiency will produce a chain of changes: at the level of the sexual organs – vaginal dryness, thinning of the vaginal walls, painful sexual contact; at the level of the urinary system – higher risk of urinary infections; osteoporosis – decrease in bone mass and decrease in calcium reserves in the bones; cardiovascular diseases and affective disorders.

To improve the quality of life, you can include phytoestrogens in your diet, e.g. Black Cohosh, and Indoles, which can help balance hormonal levels, vitamins and minerals such as vitamin D3, vitamin K, calcium, for bone problems, and probiotics, for maintaining balance at the urogenital pH level.