Homeostasis is defined as the maintenance of the internal temperature of the body irrespective of the fluctuations in the body’s external conditions. Homeostasis refers to the body’s ability to achieve and maintain a particular state of equilibrium. This term was given by a physiologist named Walter Cannon in 1926. Homeostasis, in particular, is the body’s tendency to control and maintain internal conditions, such as temperature and blood sugar, at a fairly constant and stable level. 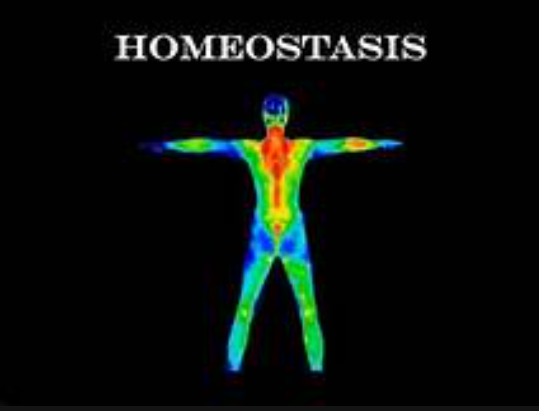 There are three main types of homeostatic regulation in the body. Although their names are unknown, you see them every day.

When you think of homeostasis, the first thing that comes to mind is temperature. It is the most important homeostatic system. Thermoregulation is basically the regulation of body temperature. 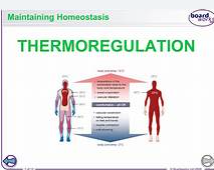 All organisms, from large mammals to small bacteria, must maintain a certain temperature in order to survive. Some of the factors that influence this ability to maintain a stable body temperature include the regulation of these systems and overall body size.

Endotherms: Some creatures, also called endotherms or “warm-blooded” animals, do this through internal physiological processes. Birds and mammals (including humans) are endothermic.

Ectoderms: Other creatures are ectoderms (sometimes called “cold-blooded”) and rely on outside sources to regulate their body temperature. Reptiles and amphibians are both ectoderms.

The colloquial terms “warm-blooded” and “cold-blooded” don’t really mean that these organisms have different blood temperatures. These terms simply refer to how these creatures maintain their core body temperature.

Temperature regulation also affects the size of the organism, or more precisely the ratio of surface area to volume.

Large Organisms: Larger organisms have a much larger body volume, which causes them to generate more body temperature.

Small Organisms: On the other hand, smaller animals generate less body temperature, but also have a greater share of surface area and volume. They lose more heat than they produce, so their internal systems have to work harder to keep their body temperature stable. This is true even for children, especially premature babies.

Osmoregulation works to maintain proper water levels and create electrolytes inside and outside the cells of the body.3 the balance of salt and water in the membrane plays an important role, just like in osmosis, that’s why it’s called “os moregulation”. In this process, the kidneys are responsible for removing excess fluid, dirt, or electrolytes. Osmoregulation also affects blood pressure

Homeostasis includes physical and behavioral responses. On the moral side, you can look for warm clothes or sunlight if you start to get cold. You can also put your body inside and keep your hands close to your body to prevent heat.

Like endotherms, humans have several internal mechanisms that help regulate body temperature. When body temperature drops below normal, a body reaction will be triggered to restore balance. The blood vessels in the extremities of the body are closed to prevent heat loss. Shaking also helps the body produce more heat. 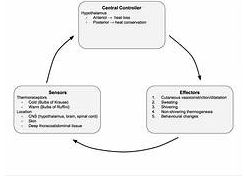 When the temperature is higher than normal, the body reacts. Have you ever noticed how your skin turns red when it’s too hot? It is the body that tries to restore balance. If you have too much heat, your blood vessels will expand to allow your body to produce more heat. Sweating is another common way to lower your body temperature, so you often start to feel embarrassed and sweaty on a very hot day.

How Homeostasis is maintained?

Most homeostatic systems listen for signals of distress from the body to determine if key variables are outside their proper range. The nervous system senses these developments and sends them to a control center, usually in the brain. The control center then instructs muscles, organs, and glands to correct muscle performance. According to Anatomy and Physiology online, the cycle of continuous disruption and adjustment is called “negative feedback”.

For example, the human body maintains an internal temperature of about 98.6 degrees Fahrenheit (37 degrees Celsius). When you overheat, the heat sensors in your skin and brain become alarmed and start a chain reaction of sweating and redness.

When it cools, the body responds to the cold and reduces blood flow to the skin. Similarly, when sodium levels rise, the body tells the kidneys to retain water and secrete excess salt in concentrated urine, according to two studies funded by NIH.

Animals also change their behavior in response to negative feedback. For example, when it is too hot, you can put on a layer of clothing, soak in the shade or drink a glass of cold water.

The concept of behavior originated in Cannon’s description of homeostasis in the 1920s and became the first explanation of how homeostasis works. However, over the past decade, many scientists have shown that while genes can predict response to homeostasis, they do not.

This is another model of homeostasis known as “apostasies,” which, according to the 2015 Anthropological Survey, suggests that it can change following temporary changes in mood in response to change. The meaning can change according to circadian rhythms, menstrual cycles, or daily temperature changes. A 2015 Advances in Physics study found that activity may be altered in response to a physical event, such as malaria, or to compensate for multiple homeostatic processes occurring simultaneously.

“It’s not clear what the joint means, but it could be a plastic adapter,” said Art Woods, a biologist at the University of Montana in Missoula. “This model allows us to provide an expected response to future failures to correct the point.”

For example, a 2007 study found that while waiting for food, the body releases more insulin, ghrelin, and other nutrients. Instead of regulating blood sugar and energy production, this immune system reserves water for future calories.

The ability to change specific positions allows animals to adapt to short-term problems, but can also fail despite long-term problems such as climate change.

“The functioning of the always reactive system can be positive in the short term,” he said. But they don’t have to be long.