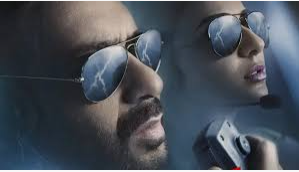 The second trailer for the film by Ajay Devgn and Rakul Preet Singh has just been released. All the actors were dressed up for the occasion in Delhi, Rakul Preet Singh chose a black blazer dress. Ajay Devgn opted for a classic gray blazer ensemble and paired it with a white shirt. 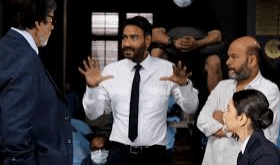